Letter to my father’s Biofonte 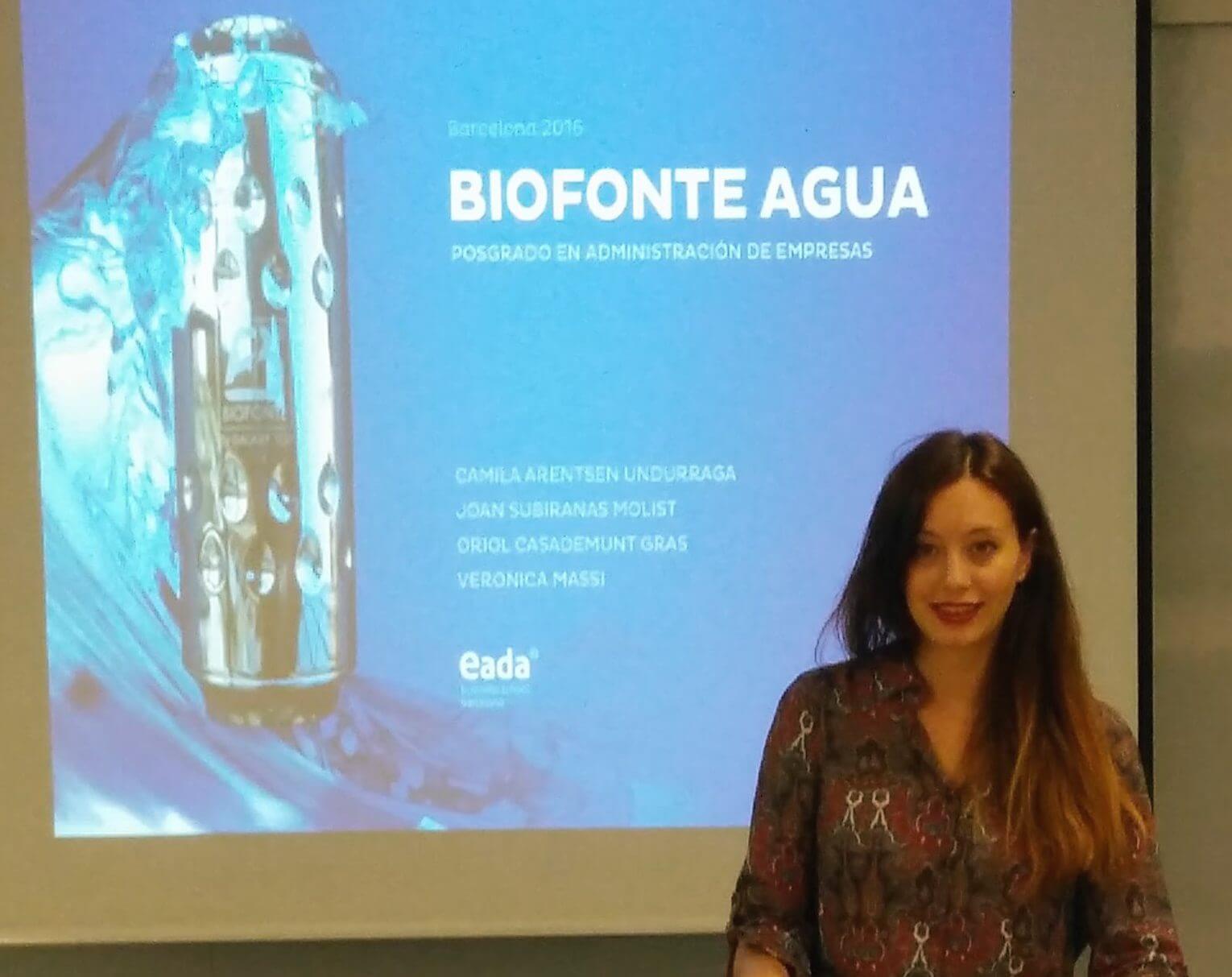 This is the story of Biofonte.

I’m sitting at the table with my family. In the silence of chewing, accompanied by the tinkling of cutlery rubbing on the plates, my father exhorts with an exclamation “We have patented a device for tap water“. We look at him. We look at each other. What he’s talking about?

My father starts explaining what it is. He’s not a person who saves details when he talks about a topic in general, and we – his family – know it well. Even our friends know it well, lol. He uses little known topics, such as homeopathy, quantum physics and concepts like “vibrational energy”. “Sorry, dad, what a fork are you saying?!” I said.

My father isn’t a chemist nor an engineer nor a doctor. But… he’s the most curious and stubborn person I know.

I start laughing. I’m an Engineering student, almost graduated as specialist. At the University my professors taught me that everything must be demonstrated… unfortunately for me, it’s a concept that I took literally and applied to every aspect of my life. I don’t call myself “Engineer” until the day I get the qualification for the profession. Do you think I am able to believe in homeopathy?

In my opinion, my father’s speech doesn’t fit, despite his passion for this new device is leaked in every word used to describe this new device. I feel damn bitch but I have to tell my father: “Dad, I don’t believe you“.

Months pass by. That device now has a name: it’s called Biofonte. Over time, we discover that this project began six years earlier. Do someone said “women notice everything” ? Nope. Not at all. In my family there are four women and no one noticed it. Six years is not a joke at all. No one works for six years on a project without really believing it.

My father really believes in it. 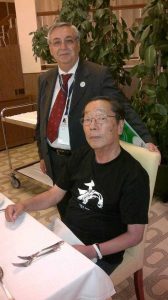 My father and Masaru Emoto during a water conference

Biofonte is at home. He stands on the tap, in silence. Is shining. My grandmother is approaching her 90s and claims that since there’s “that thing” she feels better. In fact, she no longer had problems with kidney stones. I am still skeptical. Every time my father brings up a speech about Biofonte we end up arguing. And I’m not exaggerating. If I talk to Biofonte, I’d say “What did you do to my father?”.

After few months, Biofonte is on sale. Some doctors are starting to get interested about the product: this device has incredible effects but it’s hard to explain how. In several chemical analysis laboratories various tests are carried out: the results are important and for the first time I am starting to be intrigued. Finally, there are numbers to evaluate. The cases of people experiencing benefits using Biofonte increase, and some are dramatically touching. But I’m always an Engineer.

Years pass by. I’ve been living in Spain for a while. I went back to studying. For my final Business Administration project, I propose a work based on Biofonte. I want to test it. In my team there are four components: we work on a Business Plan, and at the end of the course we explain it in front of a jury.

I know that we need a concrete test that can leave “a mark” on the jury: in this case a very sour test. I bought some lemons and filled one bottle with Biofonte water and another one with normal tap water to make the “lemon test“. I’ll save you all the explanation, you just need to know that lemon juice changes flavor if the tupper that contains it comes into contact with Biofonte water.

During the demonstration people laugh – I feel embarrassed to cut and squeeze lemons in front of everyone in a business school – but we are full of expectations and we carry out the test with the members of the jury.

I observe them. One of them says “joder” ( “fuck” , in Spanish) and looks at me incredulously. The test succeeds. One of them is very skeptical, he tells me that perhaps the color of the glass affects the taste of the lemon. Well, I’m like him: skepticism makes us see everything with a super-critical eye.

The presentation ends with a hypothetical prospect of selling Biofonte in Spain. One of the members gets angry. He tells me “While you were talking about it I was thinking about how to hook it to the tap in my house. Then you finish the presentation with an incredibly low selling hypothesis…!?”. He was right. Once again, I was the fucked up Engineer.

More years pass by. I’m writing from Tokyo: Biofonte is on the sink of my Japanese home, as it was on my previous Spanish home. Biofonte didn’t change. I am not the Engineer I was before. I canceled my title in the Order of Engineers and I right now I prefer writing instead of calculating. 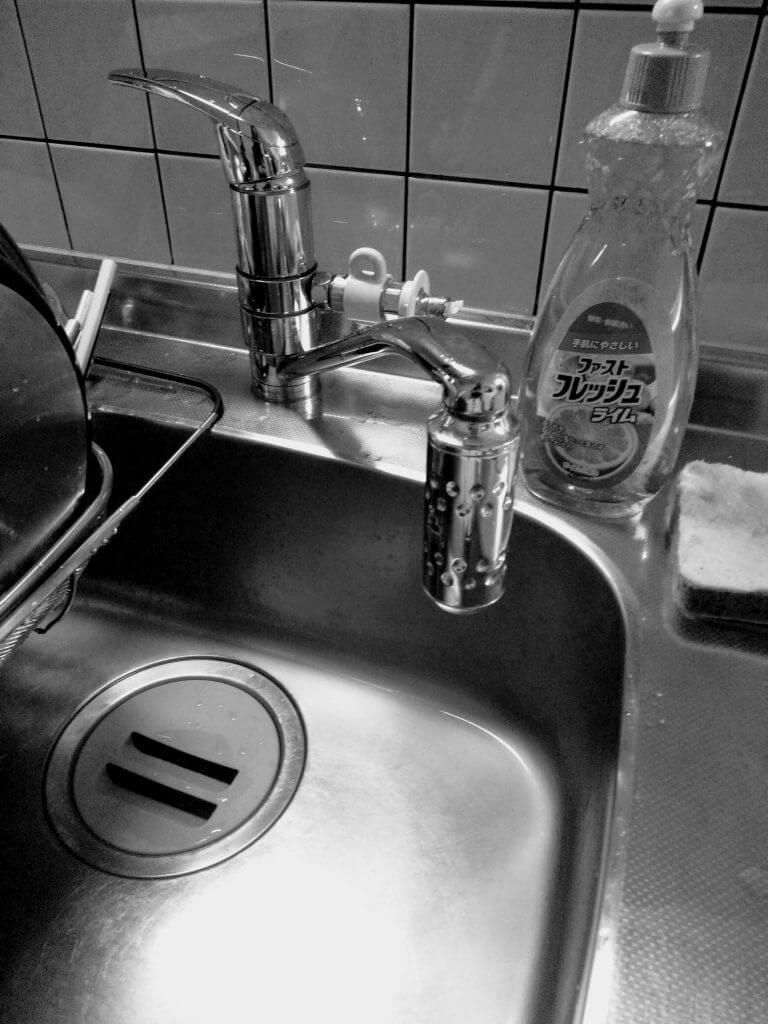 Today, I want to apologize to my father for the skepticism of many years ago.

Last night, I had a dream in which Biofonte spoke to me. He said “Your behaviour was very bad to me, but I know that after all, you love me. On the other hand, we’ve been together for the last five years. Thank you for carrying me around the world”. And he also added “Doubting Thomas tried my water, and he said he believes in me”.

This site uses Akismet to reduce spam. Learn how your comment data is processed.

We use cookies on our website to give you the most relevant experience by remembering your preferences and repeat visits. By clicking “Accept”, you consent to the use of ALL the cookies.
Cookie settingsACCEPTREJECT
Manage consent

This website uses cookies to improve your experience while you navigate through the website. Out of these, the cookies that are categorized as necessary are stored on your browser as they are essential for the working of basic functionalities of the website. We also use third-party cookies that help us analyze and understand how you use this website. These cookies will be stored in your browser only with your consent. You also have the option to opt-out of these cookies. But opting out of some of these cookies may affect your browsing experience.
SAVE & ACCEPT
Powered by