Tokyo Idols: the Dark Side of Japan 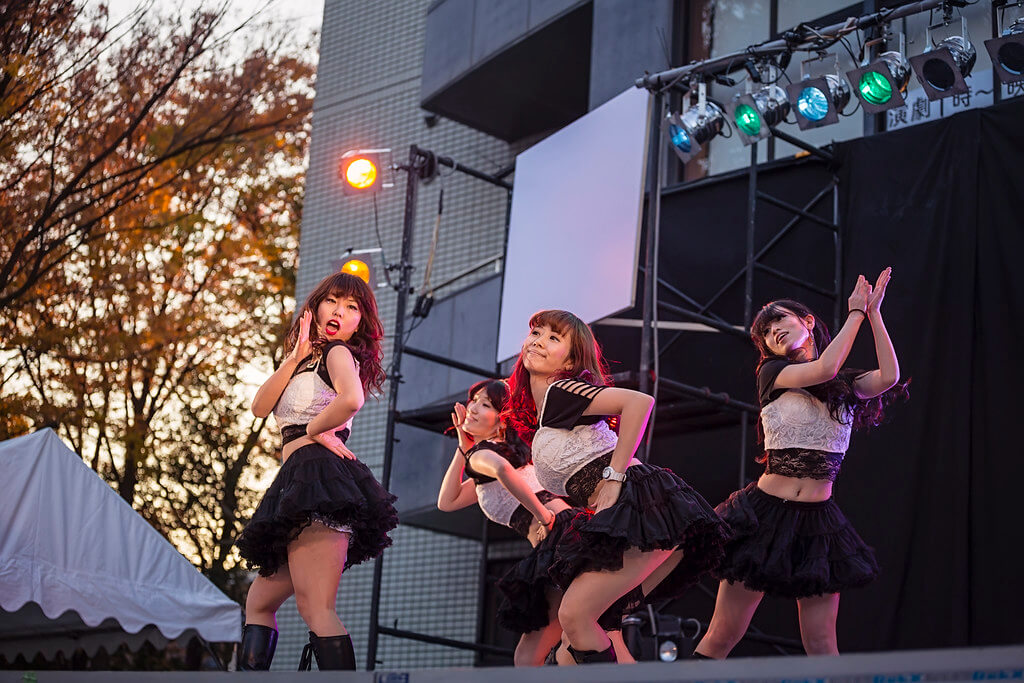 Notice: this article about idol contains spoilers about the Tokyo Idols documentary (by Netflix).

Before you read this article, I want you to know that I’m not an expert on Japanese culture and that the Idols topic itself is very controversial. The documentary Tokyo Idols, in the opinion of several people, seems to be biased.

This is my blog, I do not spread fake news or invent things, I simply express my opinion on some aspects of the Country where I live and which – like the rest of the world – has its peculiarities.

If you have observations, different opinions or more knowledge, you’re welcome.

An Idol having dinner with her fans

It’s Saturday night. We’re in a restaurant in the center of Shibuya. A group of people enters: five boys and a girl. The boys don’t look like they are the sharpest tool in the shed. The girl, instead, is one of those with the shrill voice and the Akihabara style dress.

In Japan, tens of years ago, a new social phenomenon was born. “Idols” are very young girls or boys who aspire to become famous. Usually they are singers/dancers – the phenomenon is more about the female world – who finance their careers to reach fame thanks to their fans. It is as if I were now asking you to follow me around the world and buy my photos, music disco, video, etc. Com’on, I’ll wait for you here. I’m just kidding.

Attention: I’m not talking about normal fans of singers who go to concerts etc… the topic here is quite different.

During the dinner I observe this anomalous table where the girl is visibly in the spotlight. According to my Japanese friend she’s there with her fans who will then pay her dinner. Ah.

So I started looking for information on the internet. The curiosity was too much. Someone recommended a Netflix documentary titled “Tokyo Idols”.

It’s evening, and we’re at home. We decide to watch the documentary. I’ve heard the word “Idol” a thousand times but I never asked myself any questions.

At the second minute of the documentary I’m already incredulous.

The documentary is focused mainly on the history of Rio, a 19-year-old girl who tries build her fame in Tokyo. She started singing in a cafeteria in Akihabara – a very unique neighborhood, precisely for this kind of thing – together with a group of other girls. Now, let’s imagine a group of girls dressed like dolls, singing and dancing in front of a whole 20-to-60- years-old male audience. These “men” – sorry, but the quotation marks are needed – dance and sing to the beat of these really shitty songs – the text says things like “I want to stay pure”, “I’m an angel”, etc.

Obviously, the Idols cannot have any love relationship. From the moment they get engaged, they automatically stop being Idols.

The maximum age for an Idol is around 21 years old, but there are some exceptions: me. No, no, for heaven’s sake.

The handshake between Fans and Idols

At the end of the “concert” – sorry again, I cannot avoid the quotation marks – there’s the handshake time. These “artists” line up and greet their fans one by one shaking their hands for a minute. The minute is monitored by some employees who “fall off” in time the hand of the fan – because many of these men don’t want to leave it – to make it pass to the handshake of the following Idol.

Following an Idol is “convenient”

This people are part of the so-called “otaku” group.

These men are single and they have no intention of finding a woman for a serious relationship, either because they have had disappointments or because they don’t have a good job, or because they just don’t feel like it. An idol will always smile at him, take pictures with him, shake his hand and platonically satisfy his sexual fantasies.

In the documentary you can see so many stories. A 43-year-old who leaves his permanent job to follow this Idol on his tours – there’s a scene where she goes to the South of Japan to record live broadcasts, and he follows her by bike from Tokyo – to another 50-year-old old who spends about $ 2.000 a month to buy gifts to his favorite Idol, and for this reason he can’t go visit his parents, since he doesn’t have enough money ( he said he could have bought a house…) – a 23-year-old who is in a similar situation, despite the young age.

At this point I was already very disgusted and incredulous. But it wasn’t enough, because the best of the worst was yet to come: the 10-year-old Idols.
From the trailer you can see enough:

You can see these 10-year-old girls dancing and singing to this audience of perverts. Sorry but that’s it, there are no excuses and I don’t think I’m exaggerating.I really suggest you to look at the whole documentary.

What kind of parents encourage their daughter to do this king of things? I really can’t understand.

Why has this phenomenon developed in Japan?

In Japan there are currently 10.000 Idols – with a tendency to increase – and a birth rate among the lowest in history. Is it a fortuity?

In my opinion there’s a strong parallelism with Japanese life in general. Here, the dirt of a society that is increasingly depressed, cowardly and consumerist is hidden under the rug. What’s important is that everything appear nice, but then they never talk about real problems. They don’t discuss, they just avoid some topics. Those who live in Japan know what I’m talking about.

Moreover, thanks to the economic crisis that hit Japan years ago, the whole society was affected, and new social phenomena were born, such as that of herbivores (I’ll talk about it next time). This is not just a problem in Japan: you can find the Idol phenomenon also in China and Korea.

If you’ll be around Akihabara, when you’ll see these young girls dressed as if they were carnival, with a very short skirt and a very “kawaii” look – a Japanese expression that means “cute” or “pretty” – remember that you are probably looking at one of the more perverted aspects of this culture. When I walk around Akihabara, I feel anger.

Other articles I recommend:

All About Idol Insanity

Inside the Weird, Dangerous World of Japan’s Girl ‘Idols’

(image source: z”東京大学第64回駒場祭” by Einharch is licensed with CC BY-NC-SA 2.0. To view a copy of this license, visit https://creativecommons.org/licenses/by-nc-sa/2.0/)

This site uses Akismet to reduce spam. Learn how your comment data is processed.

We use cookies on our website to give you the most relevant experience by remembering your preferences and repeat visits. By clicking “Accept”, you consent to the use of ALL the cookies.
Cookie settingsACCEPTREJECT
Manage consent

This website uses cookies to improve your experience while you navigate through the website. Out of these, the cookies that are categorized as necessary are stored on your browser as they are essential for the working of basic functionalities of the website. We also use third-party cookies that help us analyze and understand how you use this website. These cookies will be stored in your browser only with your consent. You also have the option to opt-out of these cookies. But opting out of some of these cookies may affect your browsing experience.
SAVE & ACCEPT
Powered by